take your seat at the mady centre

“It can be said that one man’s trash is a community’s wondrous treasure.”

It can be said that one man’s trash is a community’s wondrous treasure. At least that is how it has played out since the Department of Culture took over an old abandoned bank at the five points, allowing the City of Barrie to scale up it’s artistic and cultural performance capacity in the downtown core.

With its mandate of creating an environment in which local arts can flourish, The Department of Culture operates the landmark Mady Centre, while also showcasing talent at the Georgian Theatre on a regular basis and overseeing many of Barrie’s well-known events. When the Department of Culture was founded in 2008, their objective was to help develop economic value for the city by supporting its local arts and culture community. And in so doing, they continue today to build capacity and provide opportunities to young and local artists. 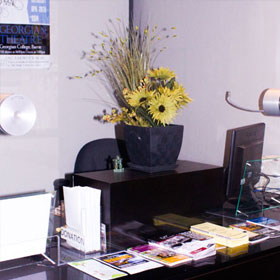 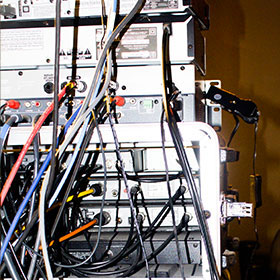 “The Department of Culture operates the landmark Mady Centre, while also showcasing talent at the Georgian Theatre on a regular basis and overseeing many of Barrie’s well-known events. “

The Mady Centre officially opened its doors in September of 2011. The Department of Culture knew that a theatre like this was needed in the community. It was their goal to design a theatre space that would be versatile for community theatre, and the conventional thinking around a fixed staged with inactive seating would have limited the venues suitability to the various groups it was meant to serve. And so, The Mady Centre was designed to support a variety of entertainment – built with retractable seating, a sprung floor for dancers, and a floor level stage. This unique layout and versatility has meant that the Mady Centre is now home to an impressive compliment of performance groups, such as Talk is Free Theatre, Theatre by the Bay, Home Theatre, and KPC. A number of other groups use the space including Local Live, which is a group of local gentlemen developing local young talent, as well as Classic Albums Live, which tours the province hiring top notch musicians who recreate famous albums. 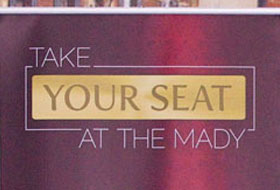 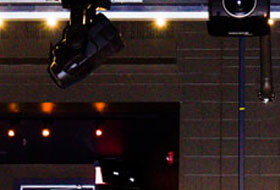 The Mady Centre and the Georgian Theatre are not exclusively rented out to theatre or music groups, however.  A whole host of other events often occur within their walls, such as live concerts, coffee houses, conferences, and even a wedding, which was held in the space on New Years Eve. Furthermore, The Department of Culture is looking to start developing a children’s series of shows, as they have recently had success with some performances they acquired this past year, like the popular children’s show The Backyardigans. The Department of Culture also handles countless events in Barrie including New Years Eve, Celebrate Barrie and Winterfest just to name a few. In fact, in 2013, they were a part of 160 events in the area.   We have seen real change in the community since The Department of Culture has been actively involved and engaged in promoting local artistic content. They play an intricate part in shaping and fostering a vibrant artistic and cultural community, which shouldn’t be overlooked as an integral factor in the economic success of Barrie. 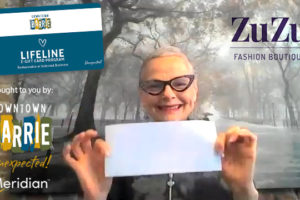 We were so happy to present Tracey Baker, owner of ZuZu Fashion Boutique with her […] 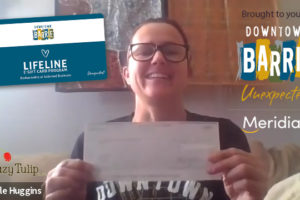 We were so happy to present Michelle Huggins, owner of the Lazy Tulip Cafe with […] 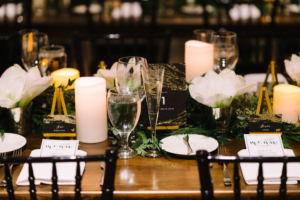